The last Aurora council meeting of the year occurred on Tuesday, Dec 12 and gave a clear direction for the future of Library Square.

Members of council chose option 2, the cheaper option, that has a lowered concept over option 1.

Option 1 was set to cost “$15 Million” while Option 2 was going to “be less expensive by approximately $2,000,000” according to Fausto Filipetto, Senior policy planner for Library Square.

In Option 1 for Library Square, a outdoor public square would be built perpendicular to the street level of the Aurora Cultural Centre. The local parking lot is moving underneath a platform beside the Library’s second floor allowing for more room for a large outdoor public place in Library Square. A new entrance would also be added to the library with additional parking that would be placed where the former Seniors Centre now sits after the centre is demolished. The old library would be turned into a new community building that would be attached to the current Aurora Cultural Centre.

In Option 2 for Library Square, all of the parking would be taken directly to the site of the old Seniors Centre after it is demolished. The lowered aspect of option 2 means that the lower square is turning into a bowl shape that has amphitheatre-style seating that goes along the perimeter of the outdoor portion of library square.

These changes will affect the existing buildings such as the Aurora Cultural Centre and Aurora Public library as the public library will need to find a new place for incoming shipments due to option 2 being picked. 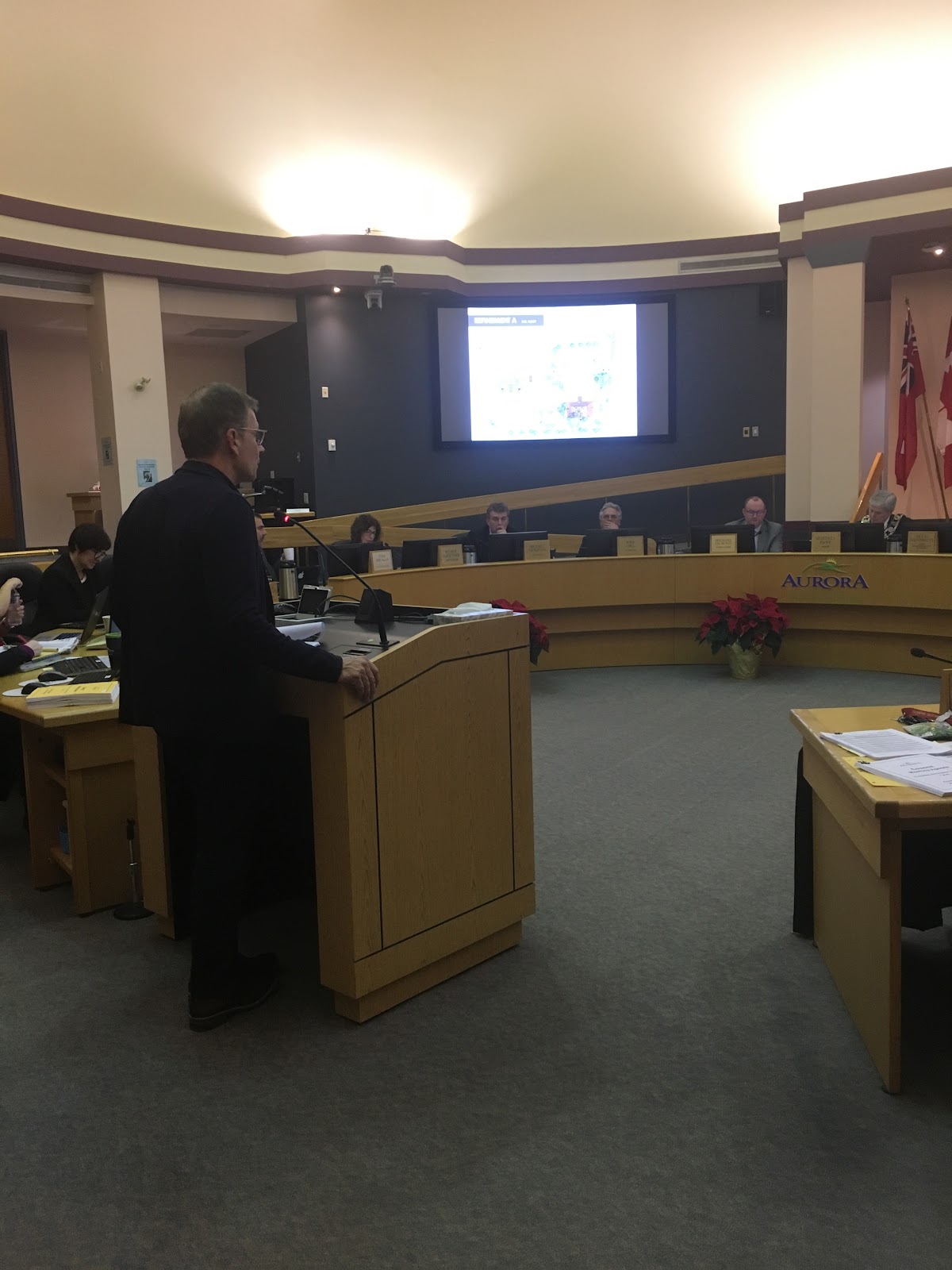 Michelle Johnston of the Aurora Museum & Archives, who works at the Aurora Cultural Centre, said going into the council meeting that she would prefer option 2.

“(Option 2) gives more of a pedestrian space and a more accessible space…while (Option 1) seems more counter-intuitive to me.”

While both options had flaws, the Aurora Library preferred option one as it was more “suitable” for the deliveries and shipments it gets.

Resident Helen Roberts, who has lived in Aurora for nearly 50 years, is concerned about how option two will work for parking for disabled people and “people with strollers”.

Library Square concepts being talked about at council

“I think (parking) will be more awkward…unless they make a plan for all these people it is going to make it an awkward way to go.” She believes that the influx of more people going to library square will cause more car traffic.

Detailed plans are being made for option 2, along with meetings with stakeholders and concerned citizens. No timeline has been set out.