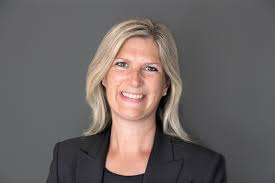 “It’s not so much that I changed, the Liberal party changed.”

That was MP Leona Alleslev answer to a question about her now two-month-old move from the Liberal party to the Conservatives.

She explains her rationale for crossing the floor and how her life has changed in the House of Commons.

“The reason that I crossed the floor was because I felt that the government was going in the wrong direction on some really big and substantive things and from my perspective, I couldn’t criticize the government from within the government…I am really in a position to represent my constituents and other Canadians in terms of highlighting the real areas where this government is not positioning Canada for tomorrow and the next hundred years.”

Those “substantive things” that she alludes to are about the direction of the economy in Canada, and the structure of the new USMCA trade deal.

Since crossing the floor, she feels that she now has more of a say in the House of Commons.

“I have been given responsibility on this side which is nice. I’m on the shadow cabinet for Global Security.” 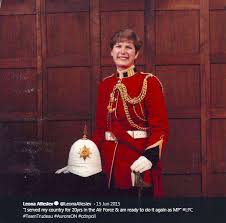 Ms Alleslev is an active participant in many discussions on panels relating to everything from border disputes in the Arctic, to emergency meetings such as the recent General Motors closure announcement in Oshawa, Ontario.

This behind the scenes work is what constitutes most of her daily life at the House of Commons.

“People have no idea they’re like, well I don’t see you in the House of Commons…in actual fact I do committee work…but ultimately before you even do that you want to know why…for every two hour Foreign Affairs Committee meeting, to make it a valuable two hours, you gotta have the right people to talk to and the right questions, and like a lab experiment, what you’re hoping to prove in the end. And that’s only for foreign affairs.”

She uses a recent study involving the Arctic and Arctic strategy as an example of the type of information she discusses while in committee meetings.

“There is some dispute over whether our Arctic waters where the northwest passage are [sic], are Canadian territorial waters, or whether they are international waters. Well, that makes a big difference…the value of the northwest passage and the value of the natural resources and oil and all that kind of stuff of our Arctic is highly attractive for friends and perhaps foes alike.”

In addition to that, Alleslev states that she has to fill in for others in committees and participate in Question Period and emergency debates.

She also has her own challenges as an MP in the House of Commons.

One of the significant challenges MP Alleslev has is getting her message out.

She explains how the changing media climate makes it increasingly difficult to distinguish what the Canadian people are looking for and how to stay informed.

“Messaging is tricky because now that we have so much social media and now that people, through what they want to hear can shape what they do hear, it means that they don’t necessarily get both sides…messaging is going to be very, very difficult because we are all incredibly busy, and we’re using the media that is easiest for us, which comes up on our phones as opposed to talking and listening to people.”

Her answer to this problem is straightforward.

“What I am trying even as a first message to anybody that is willing to listen. Have the courage to have conversations with human beings. People who may not agree with you because there is a really big difference between debate and conflict…conflict is an extreme, debate is healthy. It’s going to be challenging, but ultimately it’s up to all of us to take back our country from social media or whatever and to actually talk to someone that we may not agree with.” 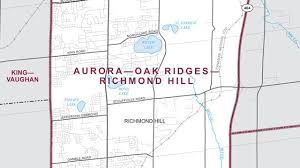 The riding of Aurora-Oak Ridges-Richmond Hill is considered a swing riding by many political pundits and most political nominees visit the area during election season.

The riding voted Liberal in the last election back when MP Alleslev was a Liberal member but is now a conservative held riding due to her floor crossing.

With the election less than a year away, MP Alleslev is confident that the conservatives will be able to keep the riding and take the government.

“The chances are very good and the reason why is because there are an awful lot of people like me who supported the Liberals in the last election because of what they said they were gonna do and who now are realizing, like me, that that’s not what they’ve done and the world has changed, and the stakes are high, and they need a party that is gonna do what this country needs going forward…I absolutely believe that the conservatives will win the next election. I think we don’t have any choice.”

Ms Alleslev is hoping that most Canadians will feel the same way when election day rolls around.